Marijuana, weed, grass, pot – they’re all names for cannabis. For decades people have taken the plant for fun – but sick people are increasingly turning to the drug as a painkiller. Please see your local doctor / police officer to seek personal advice and that you would like to grow 1 or 2 plant’s for your own personal medical problem, you don’t want to be breaking the law. cannabisseeds.com

Cannabis is a powerful herb which has been used in pain-relief for centuries. There’s just one hitch – it is illegal. Despite this, people are risking going to jail to send the drug to total strangers who say that they desperately need to use cannabis as a painkiller

Pauline Taylor is a MS patient from Durham. She has had MS for 10 years, and for five of those, she has smoked cannabis to ease her pain.

“At the very beginning it was my daughter who got it for me. “I was very worried about exposing my daughter in that way… She could’ve got into a lot of trouble with the police.”

Sometimes Pauline has to go without cannabis for months because supplies can be erratic. But when the pain really kicks in, cannabis helps and, as a result, Pauline says that she can at least manage to get out of bed in the morning.

T here are now organisations that have the courage and the guts to come forward to help people like herself. But there’s still the problem of legality and obtaining the drug safely.

This pensioner could go to jail for buying cannabis which she adds to food which she cooks for herself and for sick friends who live near her home. It all started when Pat was involved in a car crash and endured a series of family tragedies. She also developed severe arthritis. Her first experience of trying to buy cannabis was bemusing and would probably terrify most old age pensioners, as she explains.

“The first cannabis I bought, I was told to go to a pub in Newcastle

“I stood there looking out of place with my shopping trolley.”

Eventually Pat found a dealer who sold her a small bag of cannabis for £20. She had no idea what to expect or what she was really getting into. Today she’s still breaking the law, this time to help others and to keep the clandestine supply lines open.

“I’m just like a little district nurse really but instead of going around with injection needles and things, I go round with boxes of food which will keep them pain-free.”

Pat is constantly afraid of being caught, “I’m always nervous that I’m going to bump into the Police.”

The reported beneficial qualities of cannabis as a medicine have been known for centuries.Medicinal cannabis was first written about by the Ancient Chinese in Sheen Nung’s Pen Ts’ao in 2737BC. The Roman surgeon Dioscorides also praised its medicinal virtues in 70AD whilst the English herbalist Culpeper wrote about it in the Complete Herbal and English Physician. Cannabis was taken widely for its medicinal value until the 20th Century when it was stigmatised and eventually banned. Over the last five years, there has been a re-examination of the drug’s potential as a medicinal treatment.

In 2004 Newcastle’s Royal Victoria Infirmary took part in a national trial to see if cannabis could relieve the symptoms of MS. Patients who took part found some improvement in their condition, although results were mixed. Those who saw an improvement reported pain reduction, better sleep quality, and a reduction in spasms. However, progress in making cannabis available for medical use through the NHS has been slow. As a result we are now seeing the first moves to co-ordinate the supply of cannabis by special interest groups within communities.

“I don’t think people in wheelchairs should have to go down back alleys to meet scumbag dealers to get something which, effectively to them, is a medication.” 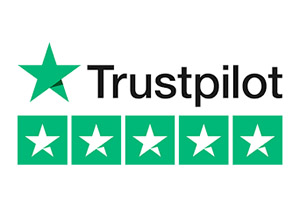